Marco Polo, the first globetrotter and world's biggest explorer was born in the town of Korcula, in year 1254. The house of Marco Polo is located in the vicinity of the Cathedral of San Marco. He travelled the world for 24 years and after touring Central Asia, making a fortune at the court of Kublai Khan, returned as a commander of a fleet through the Strait of Hormuz. He was imprisoned by the Genoese, who defeated their rival Venice near the island of Korcula, spent time in jail, where he recounted his adventures to his cell mate, a certain Rustichello of Pisa who took good note of those talks and later he wrote "The Million Book". Marco Polo, who died 1324 after passing by the Grand Council of the Republic of Venice, was finally buried in the church of San Lorenzo in Venice, but those who bet on Korcula as the city of his birth argue that "Depolo" was and still is a common surname in the area of the town of Korcula, among many other proofs. In the town of Korcula, you can visit the birth house of Marco Polo and also the exhibition of Marco Polo where you can view details from his life and journeys. 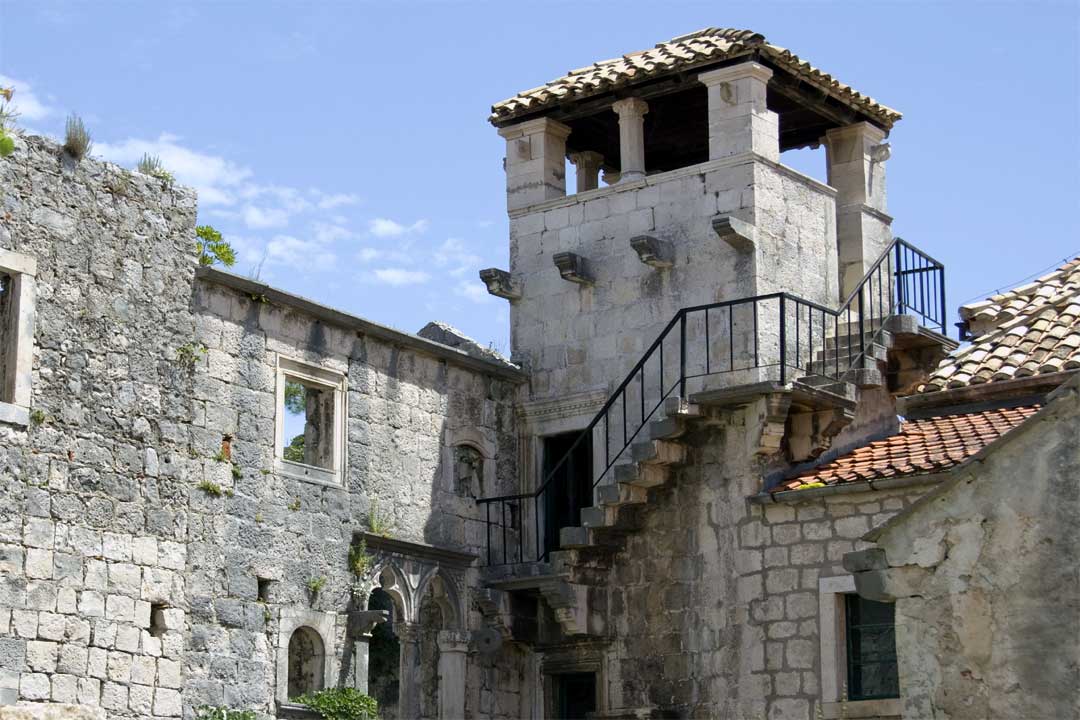 Traditional sword dances of the island of Korcula

Given the rich and diverse history of the island of Korcula, this is an island and diverse cultural heritage. It is important to emphasize the rich folklore heritage of these islands, one of the richest in all the islands of the Mediterranean. For centuries, the local population preserved knight games in Vela Luka (Kumpanija), Blato (Kumpanija), Smokvica (Kumpanija), Cara (Kumpanija), Pupnat (Kumpanija), Zrnovo (Mostra) and the town of Korcula (Moreska). Moreska is a traditional romantic sword dance in which two sides fight for a girl, based on the roots of the traditional Mediterranean stories and legends. Kumpanija is a chain sword dance which has a lot richer dancing figures from other European chain dances. Preserved are also other popular folk dances and mixed female and male acapella vocal groups. Find out more about Korcula traditional customs. 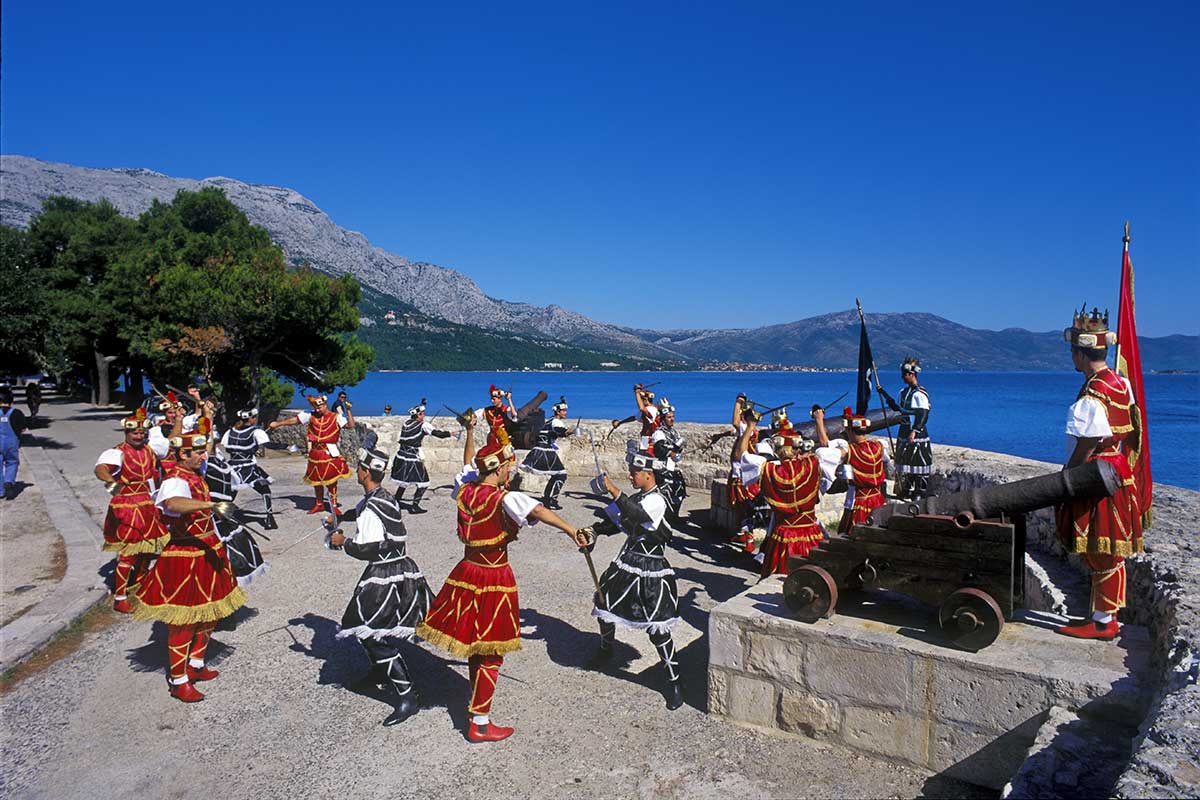 Museums of the island of Korcula

The island of Korcula is renowned for its rich cultural, architectural and archeological heritage, which is well preserved to this day. In fact, the entire island of Korcula is reminiscent of an open-air museum, a reminder of old times which have passed long ago. There are several museums in the town of Korcula: Town Museum where you can learn a lot about the history of the town of Korcula with many interesting exhibits ranging from, Bishop's Treasury with many religious artifacts, Museum of Icons with rich collection of religious icons, Museum House of Marco Polo, Museum of Maximilian Vanka who was a renowned Croatian painter. In the town of Blato there is a rich private ethnological collection "Barilo", where you can get detailed insight into the life and customs of the island of Korcula in times passed long ago. In the town of Vela Luka on the westernmost tip of the island Korcula there is an ethnological museum with very interesting exhibits from the life of old fishermen, sailors, farmers and merchants.